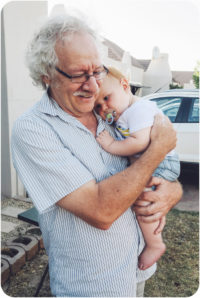 I was born and grew up in the city of Bellville, South Africa. As a young boy I was a dreamer and in my primary school reports I was frequently reprimanded to stop dreaming and pay attention in class. My mother said that she knew all along that one day, I, would become an artist of some sort…

Early in my high school years I made up my mind that art was the only career for me.

After my stint in the Army, I completed a National Diploma in Graphic Art at the Cape Technicon. I started my professional career at IMA  Advertising Agency in Cape Town as a Finished Artist. I always wanted to do a course in Fine Arts and I left the agency after two and a half years and joined the Provincial Administration of the Cape as a Museum Artist. I subsequently got married and was based in scenic Jonkershoek outside Stellenbosch. The new position gave me more recreational time and I enrolled at Unisa to do the Fine Arts course majoring in painting.

In 1990, I joined KWV in Paarl as Design and Advertising Manager and was part of the team that introduced the Company back into the International Arena after sanctions were lifted. During my time at KWV I did quite a few art calendars, I was fortunate that this gave me the opportunity to meet prominent South African artists.

In 2000, I started my own Graphic Design Studio in Paarl, the studio was generally referred to as DT Design.

I have since left Paarl and I now run my studio from home.

I have two sons and five grand children.